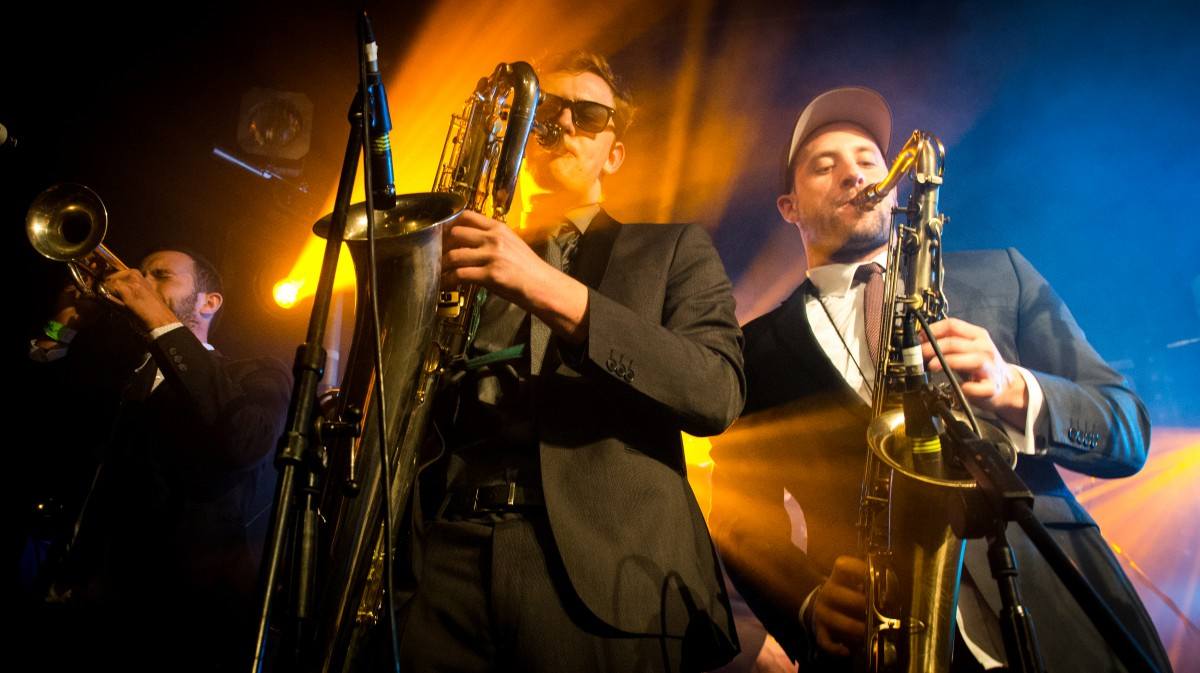 Having released their debut album in 2016, and playing debut shows at Latitude, Bestival and WOMAD, as well as returning to Glastonbury and Europe, Bristol’s own Cut Capers have established themselves as heavyweights in the esteemed Bristol live music scene.

With their fully live explosion of hiphop and swing Cut Capers bring the party to crowds all over.